Our signature annual event has been the highlight of the Baltimore gala season for over 40 years — and there is something for everyone! Our Saturday night fête includes art lessons from our accomplished students, a buffet dinner, and an inspiring student performance. Our Family Performances invite the community to campus to experience the one-hour show. And our Stage One  night is a lively, festive evening with lite fare and cocktails followed by the performance and dessert.

Many things have changed over the years, but one thing hasn’t — our heartwarming production of The Nutcracker is still a Baltimore favorite, seen by thousands annually. Featuring adults from the community as well as our beloved TWIGS  and high school students, this magical performance enchants audiences every time. We provide free weekday matinees for Baltimore City Public Schools students; for many, this is the only live performance they will see all year. Our weekend and evening matinees are affordably priced, providing a little holiday magic for local families. Please contact Brigid Zuknick if you’re interested in sponsoring the event.

Our students are proud to attend Baltimore School for the Arts, and we want them to be proud of their building, too! Every September, volunteers spend a portion of their day at BSA helping us do work around the school, with tasks ranging from painting to landscaping to plumbing and electrical. There are projects for all skill levels, so please join us! We’re always looking for both volunteers as well as gift cards from home repair stores. This is an excellent project for a team from a company to do together! If you’d like to donate resources or volunteer, please contact Kellan Newby-Matthews.

Thousands attend The Nutcracker and Expressions every year. But our Spotlights offers donors the opportunity to come to the school to participate in unique and carefully curated arts events in a more intimate setting. Previous Spotlights have included the Charles C. Baum Symposium for Business and the Arts, featuring alumnus Christian Siriano; Mountainfilm on Tour; and the Armstrong Honors Recital. If you’d like to learn more, please contact Kellan Newby-Matthews. 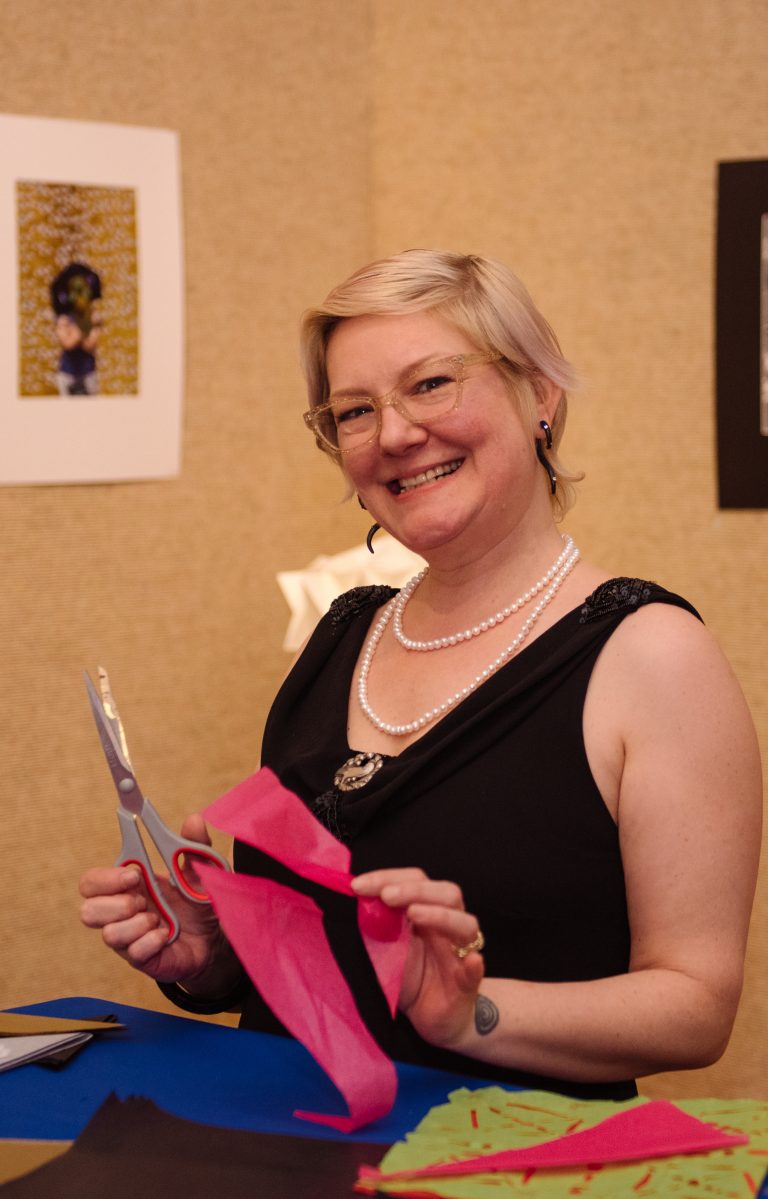 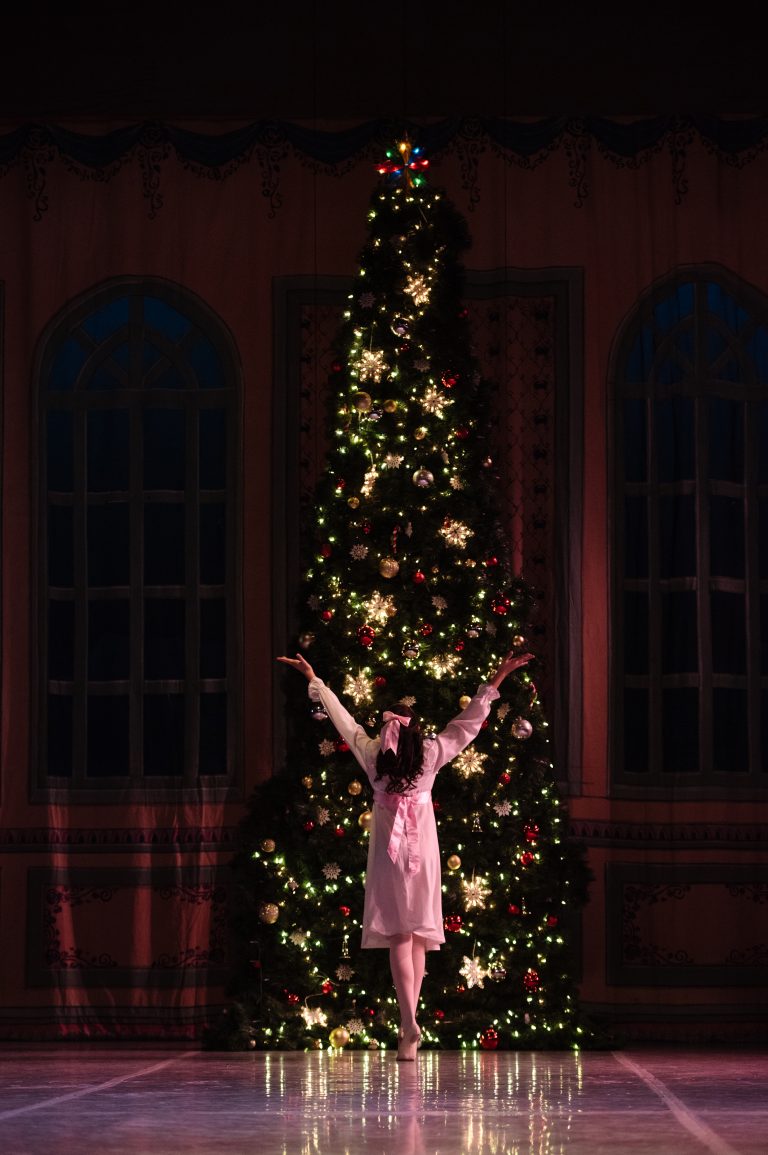 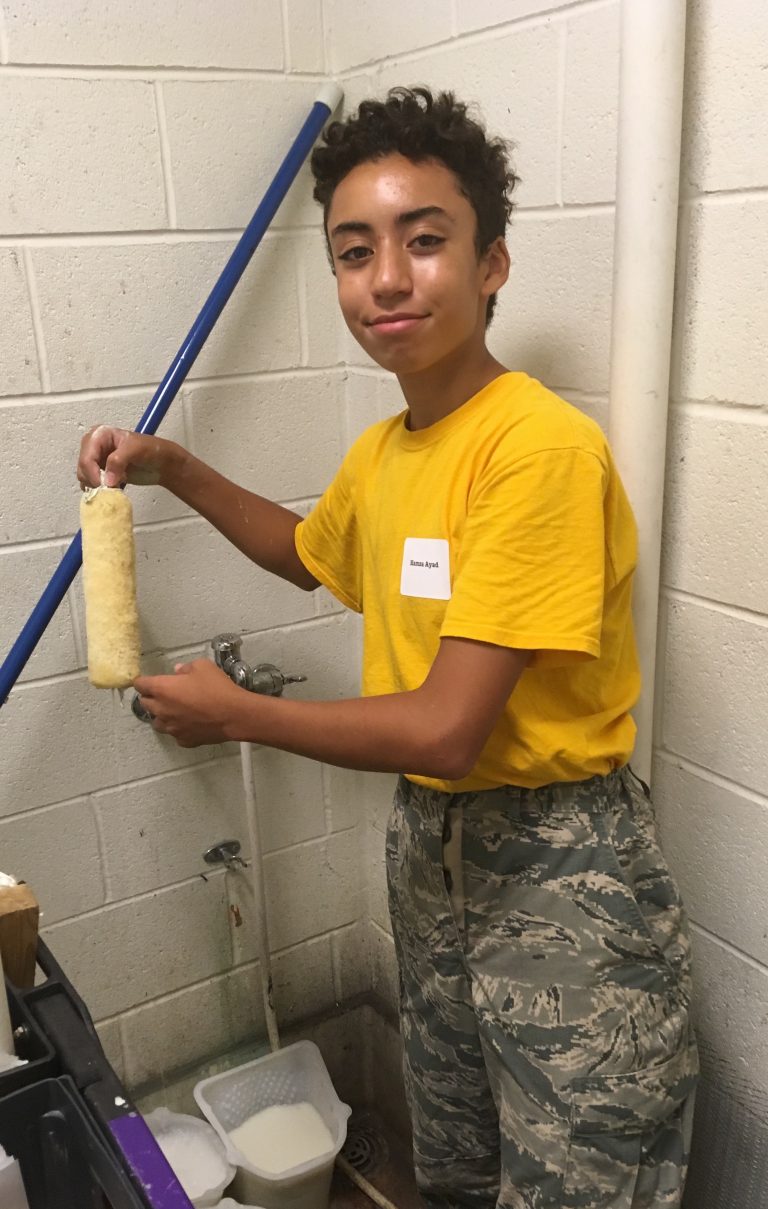 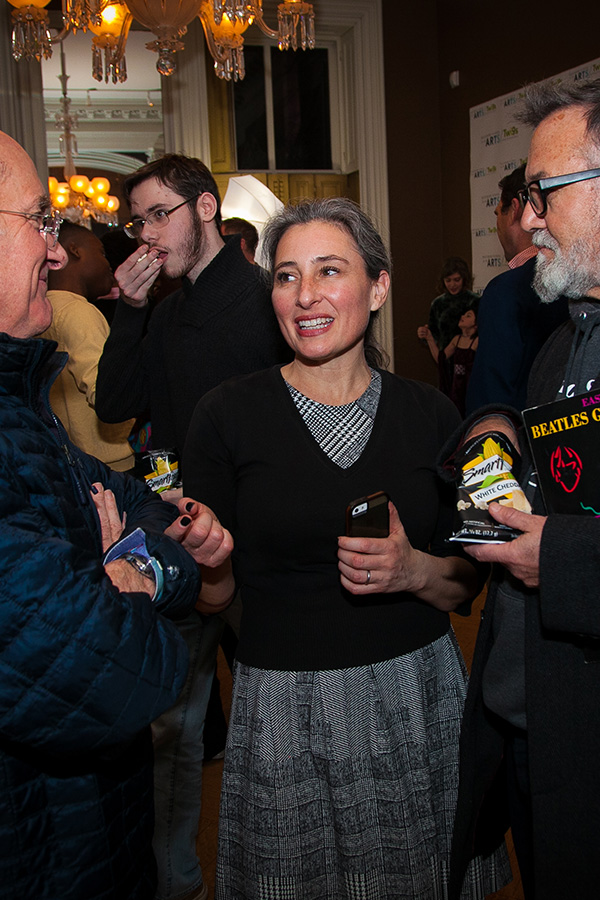 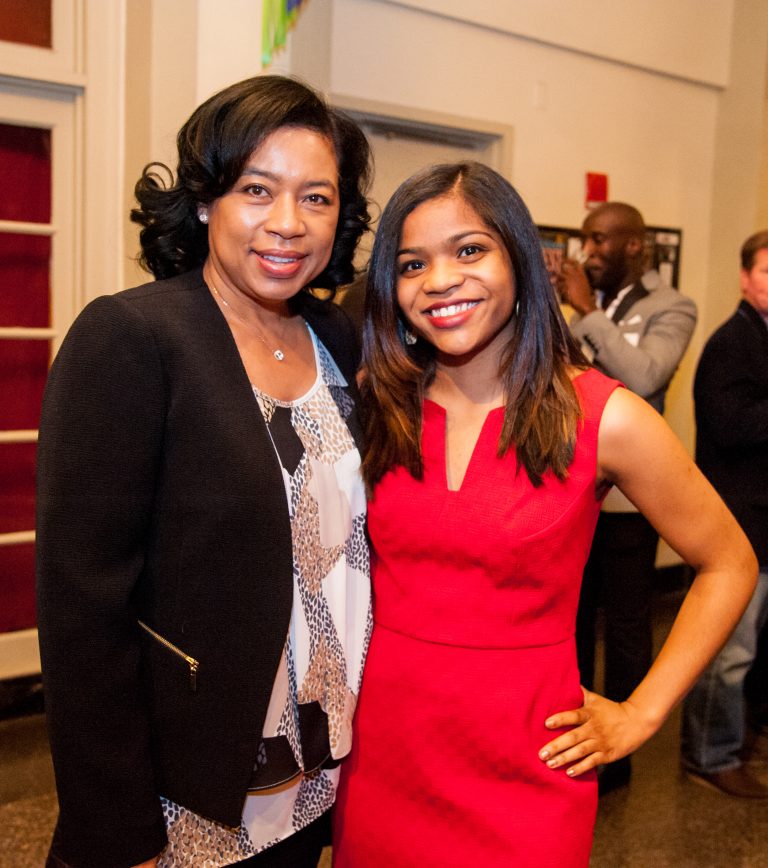 You can make a difference. About one-third of the funding for the high school and 80 percent of the funding for TWIGS comes from generous members of the community such as yourself. These resources are the backbone of the combined arts and academic education. We want to make it easy to give — there are so many ways!

As a Corporate Partner, you’ll have the opportunity to sponsor a BSA program that is a meaningful match for your company. Whether it’s our beloved production of The Nutcracker, free matinees for 4,000 Baltimore City Public School students, or academic support for our high school students, we’ll work with you to customize a package that meets the corporate citizenship goals of your business.

Corporate giving levels range from $5,000 to $50,000, and include visibility for your company, VIP invitations to special events, and employee involvement opportunities.

Here’s your chance to show your community support, elevate your brand and presence, and demonstrate your commitment to improving the lives of Baltimore’s children. 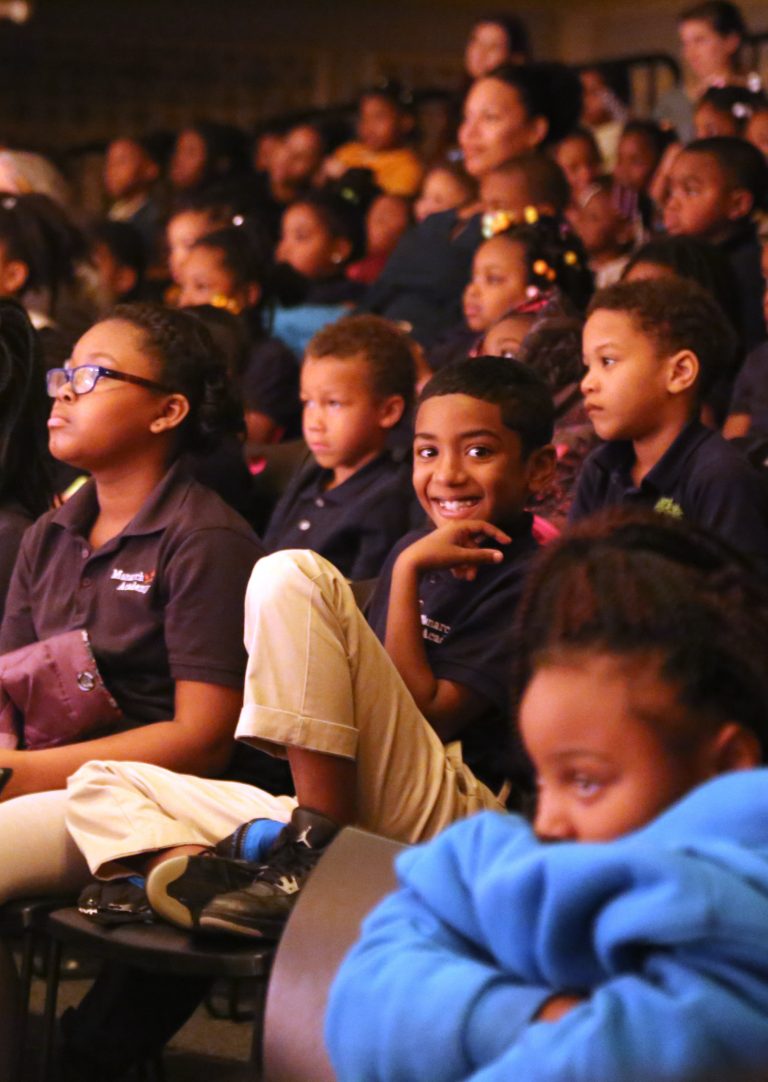 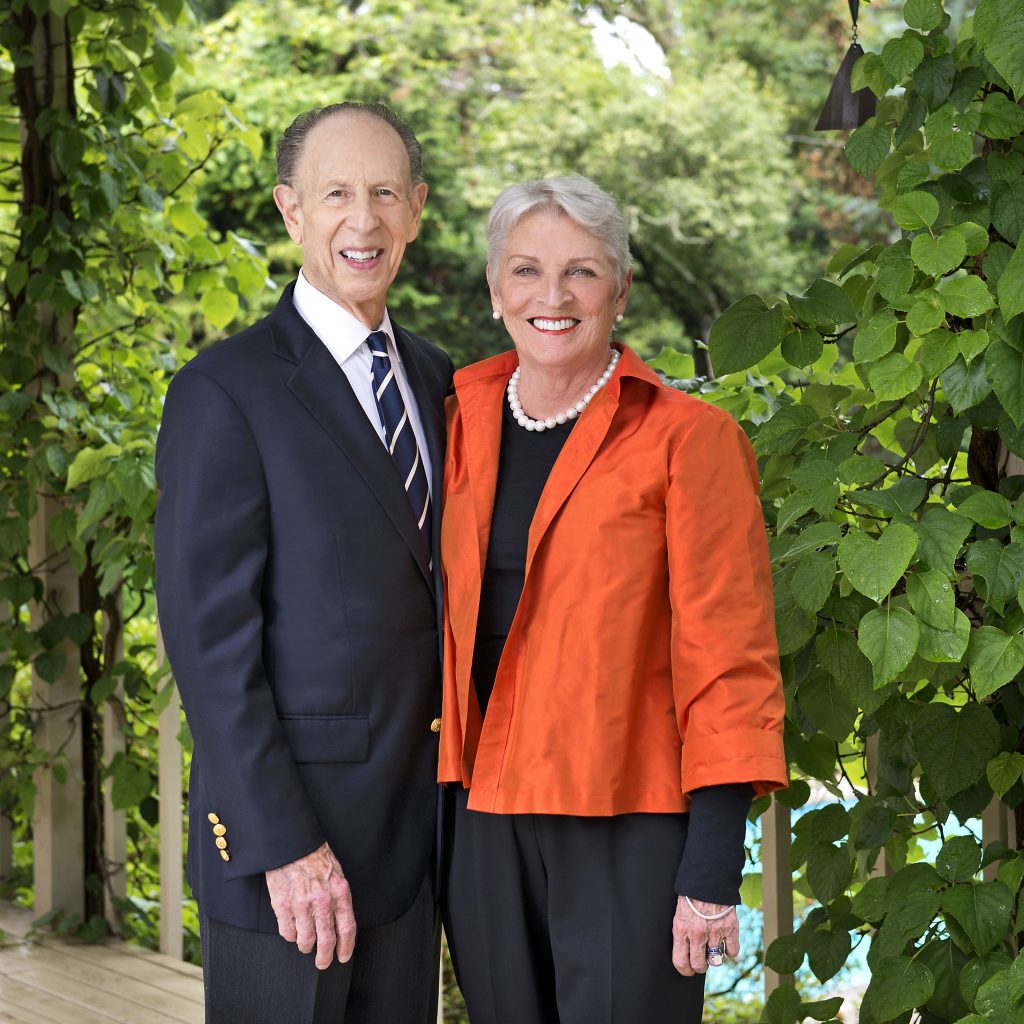 Our philanthropic leaders are ensuring that all of Baltimore’s children have access to the arts. We have two leadership giving societies, each with its own unique benefits. Membership in the Director’s Circle begins with a gift of $3,500 or more. Membership in the Founders’ Society is for gifts of $10,000 or higher. 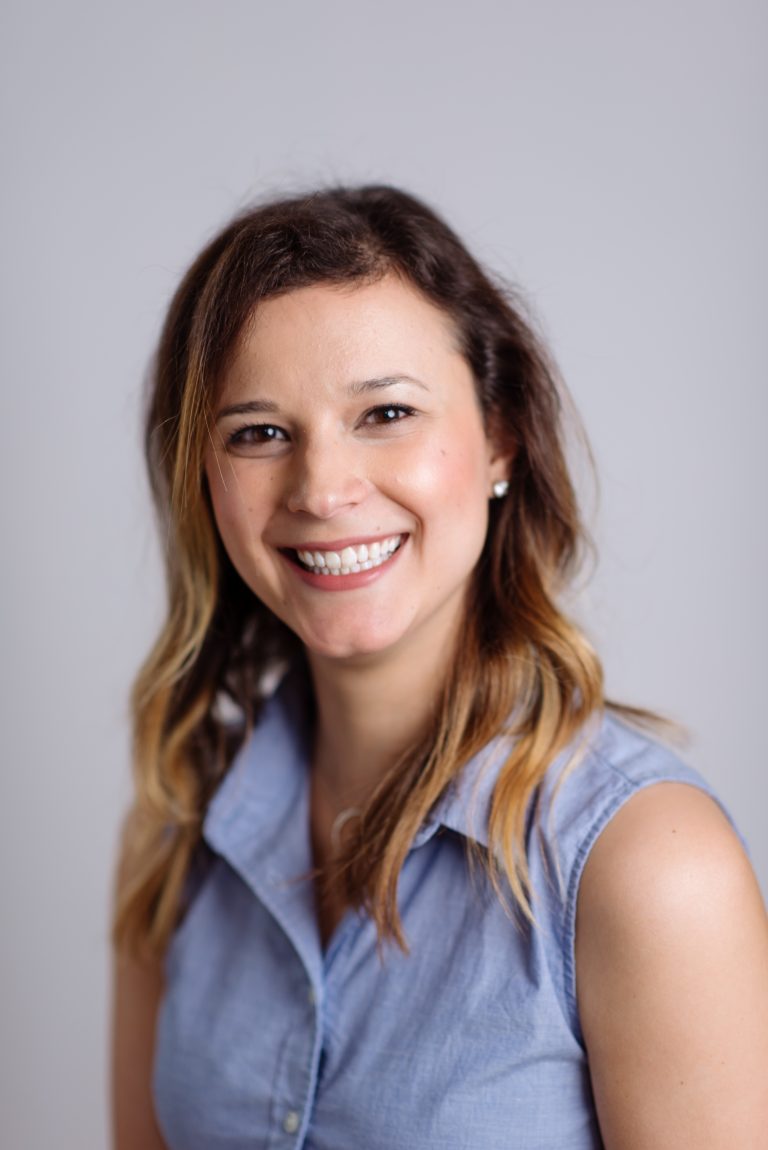 Brigid loves Baltimore School for the Arts so much that she ultimately decided to come back to work at her alma mater.  In her current role as Chief Advancement Officer, she provides strategic leadership for BSA’s fundraising efforts and all development initiatives. She is passionate about and finding unique ways to support the school and creating new relationships within the Baltimore community. 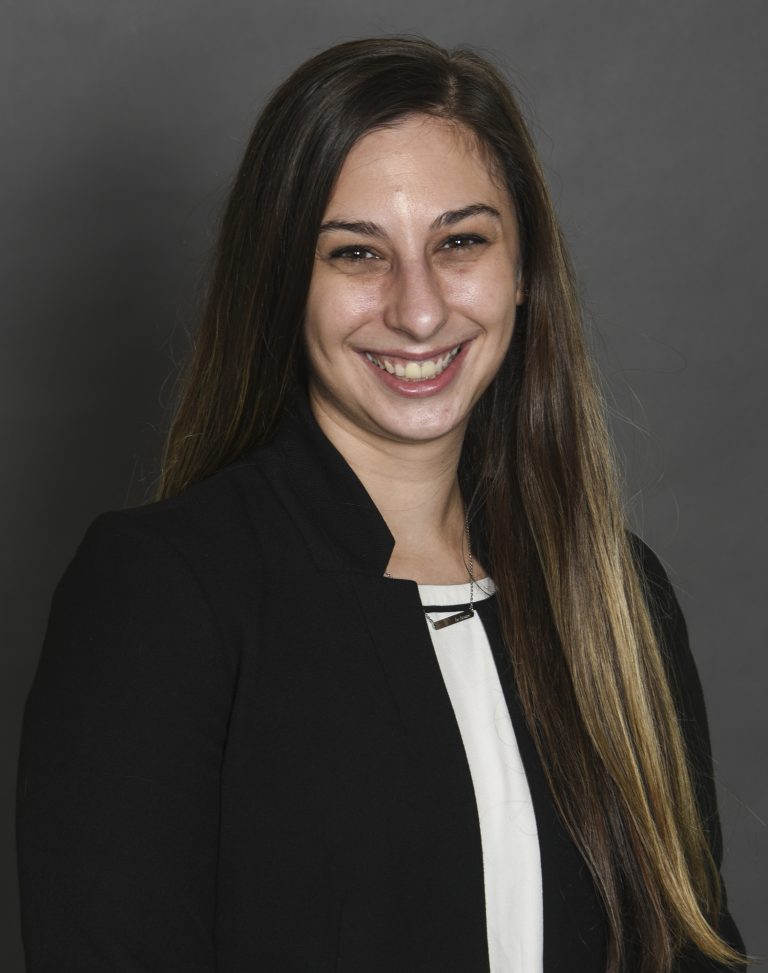 Growing up with a strong commitment to community service and an extensive background in dance, Rebecca’s passion for nonprofit work and advocacy for the arts has helped shape her career. After graduating from Muhlenberg College with degrees in business administration and dance, Rebecca has worked for and contributed to multiple nonprofit organizations. She appreciates the importance and vitality of BSA’s mission and is excited to serve as BSA’s Development Coordinator. 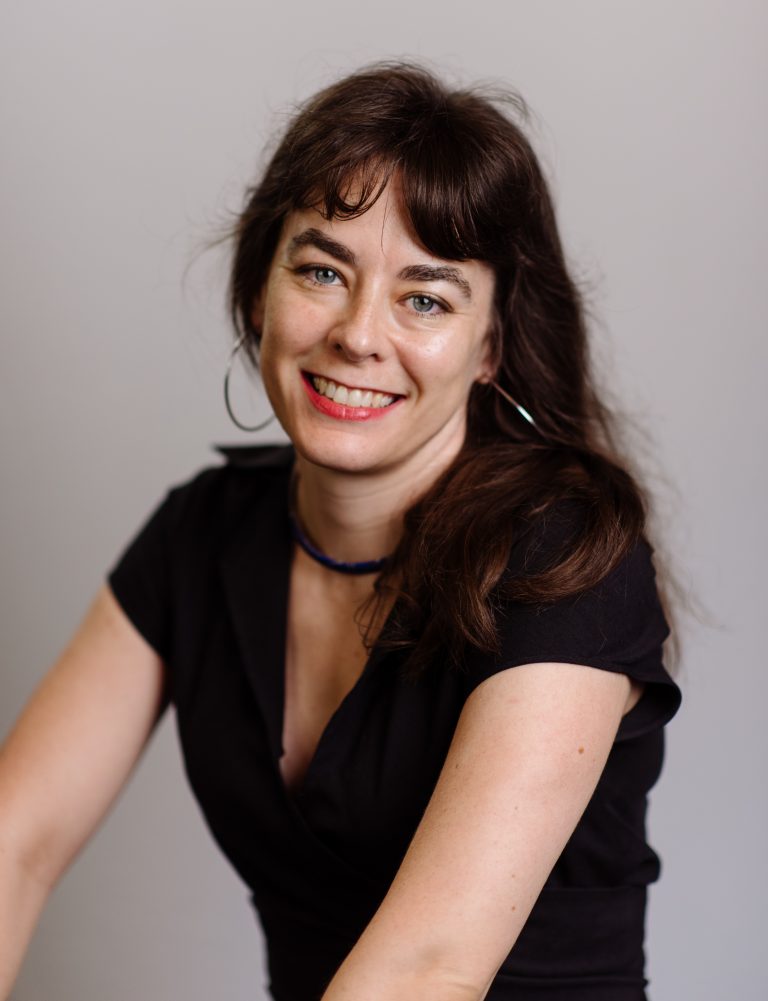 Samantha Buker is a proud visual arts alumna of Baltimore School for the Arts. In 2018, she returned to work as Program Manager of the Visual Arts Department, a position she holds part-time. Her recent experience as Social Media Director fuels her desire to strengthen our commitment to our families and graduates and forge new bonds. Her passion for arts advocacy includes curating music events and serving on symphony boards, deepening her ties to the broader Baltimore art community and beyond. Her work ranges from financial writing to art criticism to photography and has appeared in The Washington Post, City Paper and BmoreArt. 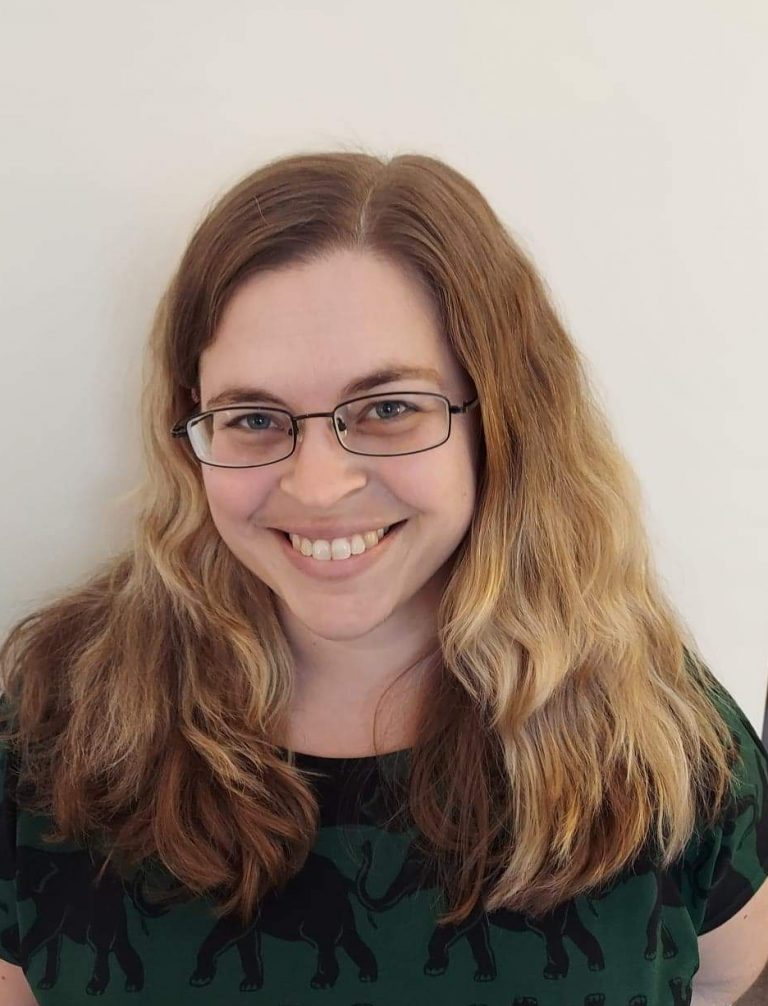 Anna Ellis is an alumni of both the school and TWIGS program, and is excited to be returning to BSA once again! She has been working in the non-profit world since she finished college, and has served as grants manager for both JHU and LifeBridge Health. With over 10 years of experience and an MFA in creative writing, Anna brings creativity to her grants work, and a personal mission to serve the Baltimore community. She is very excited to be part of BSA in a new way, and to contribute to the success of the school and its students!

After receiving her BA in ‘93 and MSEd in ’94 from SLC, Melanie returned to her native Baltimore to teach middle school. In 2001, she was hired to lead the Single Step Program at the Community College of Baltimore County, developing new career certifications and courses for individuals with disabilities, developing training partnerships with state and local government, and supervising and coaching teachers.  During her tenure, Single Step grew from eight students to over 300. Melanie and her program were honored with five local and statewide awards between 2012 and 2016. She left CCBC in February 2019 to start her own education consulting company. Her clients include Howard County Public School System, The Baltimore Academy, Greater Hartford Academy of the Arts, and Maryland Institute College of Art.

Between 2004 and 2012, Melanie was a founder and board president of Patterson Park Public Charter School in Baltimore, chair of the Parent and Community Advisory Board for Baltimore’s school system, and member of Baltimore’s New and Charter School Advisory Board. As part of a small team, she attended the Public Education Leadership Project at the Harvard Business School drafting recommendations for the Common Core transition in Baltimore. She has also served as board president of Special Education Advocacy Project and as a board member for Downtown Baltimore Family Alliance. She currently serves on the boards of the Fund for Educational Excellence, B’more Global,  and the Sarah Lawrence College Alumni Association. 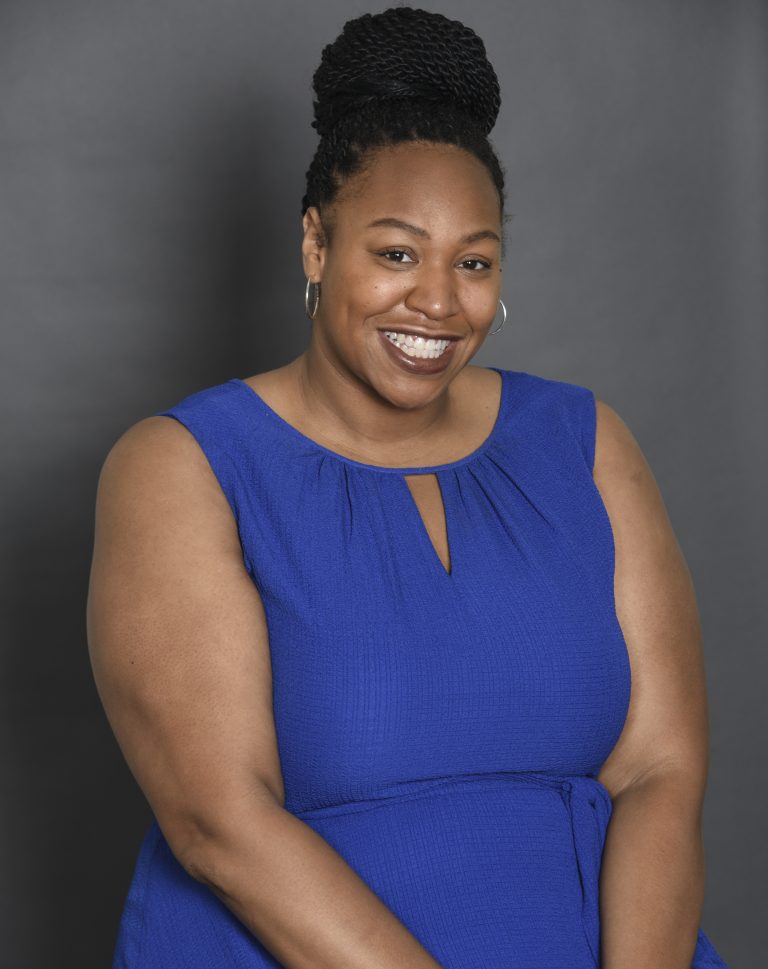 At a young age, Kellan was taught that there is more happiness in giving than there is in receiving. She learned the more you give of yourself, the more you find yourself.  Our lives are richer when we share and great inner joy comes from helping others to better their lives. Kellan’s real purpose and desire to serve and give back to her community lead her into a career in the nonprofit world. Kellan was an Event Specialist for nearly six years at Kennedy Krieger Institute before returning to her alma mater, Stevenson University. With a graduate certificate in non-profit management from Johns Hopkins University, Kellan continues to influence change through philanthropy. 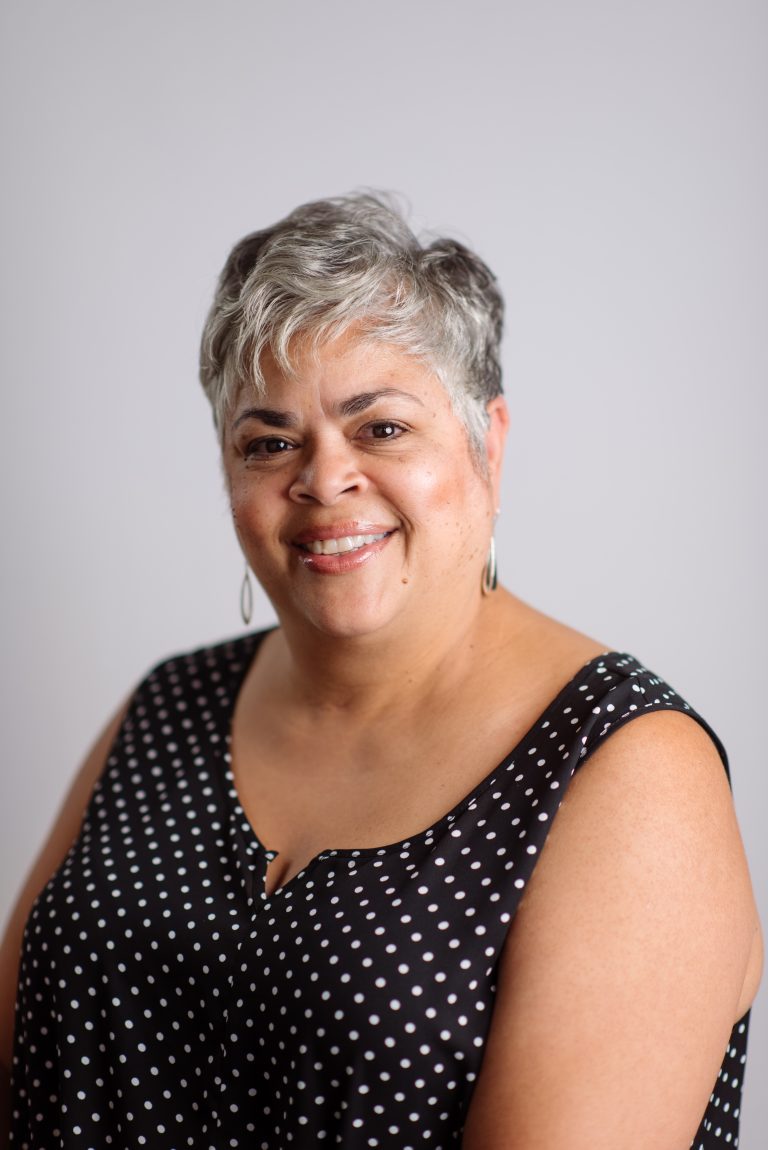 Lisa Peels has been part of the BSA team for decades. As our admissions coordinator, she’s the smile that welcomes prospective students during Open House, manages the application process, and ensures that audition week runs smoothly. 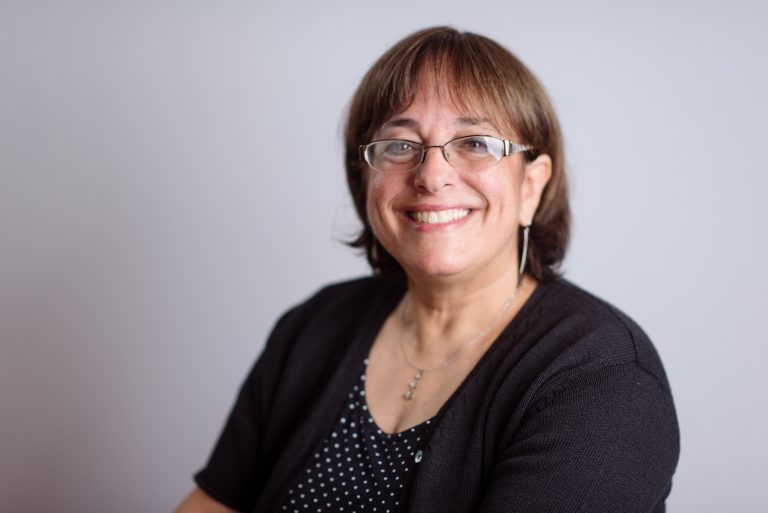 A graduate from the Wharton School of Business at the University of Pennsylvania, Nancy Steiner has kept BSA on budget for decades. In her role as CFO, Nancy oversees all spending, keeps an eye on the endowment, and makes sure all of the vendors are paid promptly. 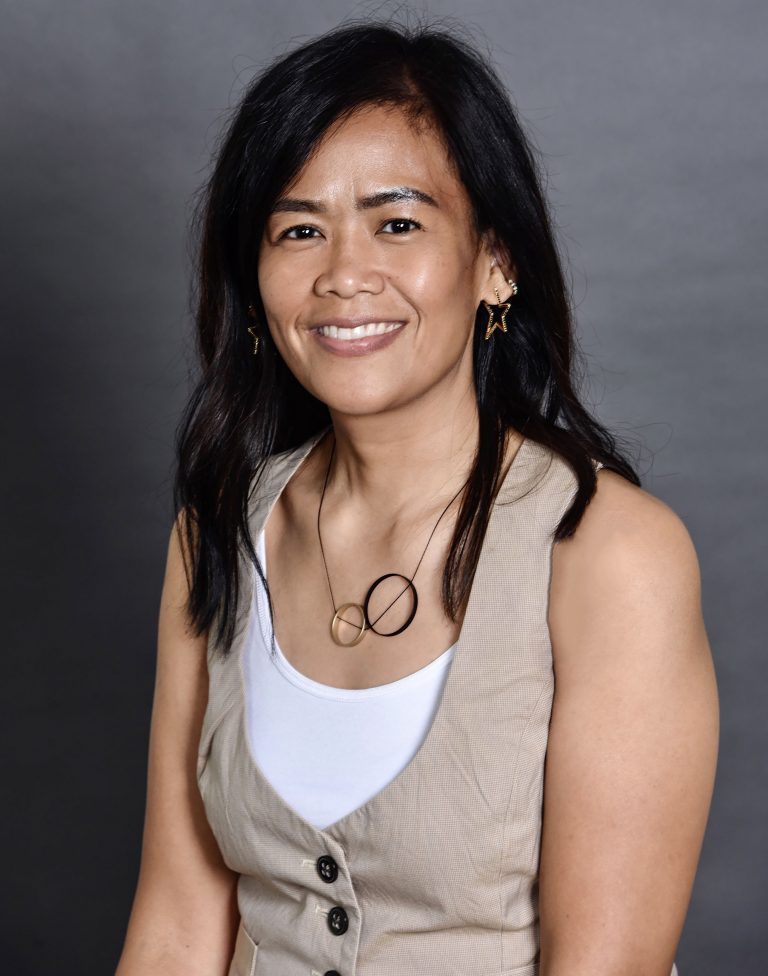 Imbie Tamba joined the BSA family in 2017. Being in love with music her whole life, there is no better place for her to be than BSA, where she believes that art education gives students the ability to think more creatively in other subjects. Her nonprofit experience and marketing background at Citibank helped her prepare for her current role at BSA. She is also the founder of CLEF, and intergenerational music project, where Baltimore City young musicians go to nursing home facilities to play their music to the senior folks. 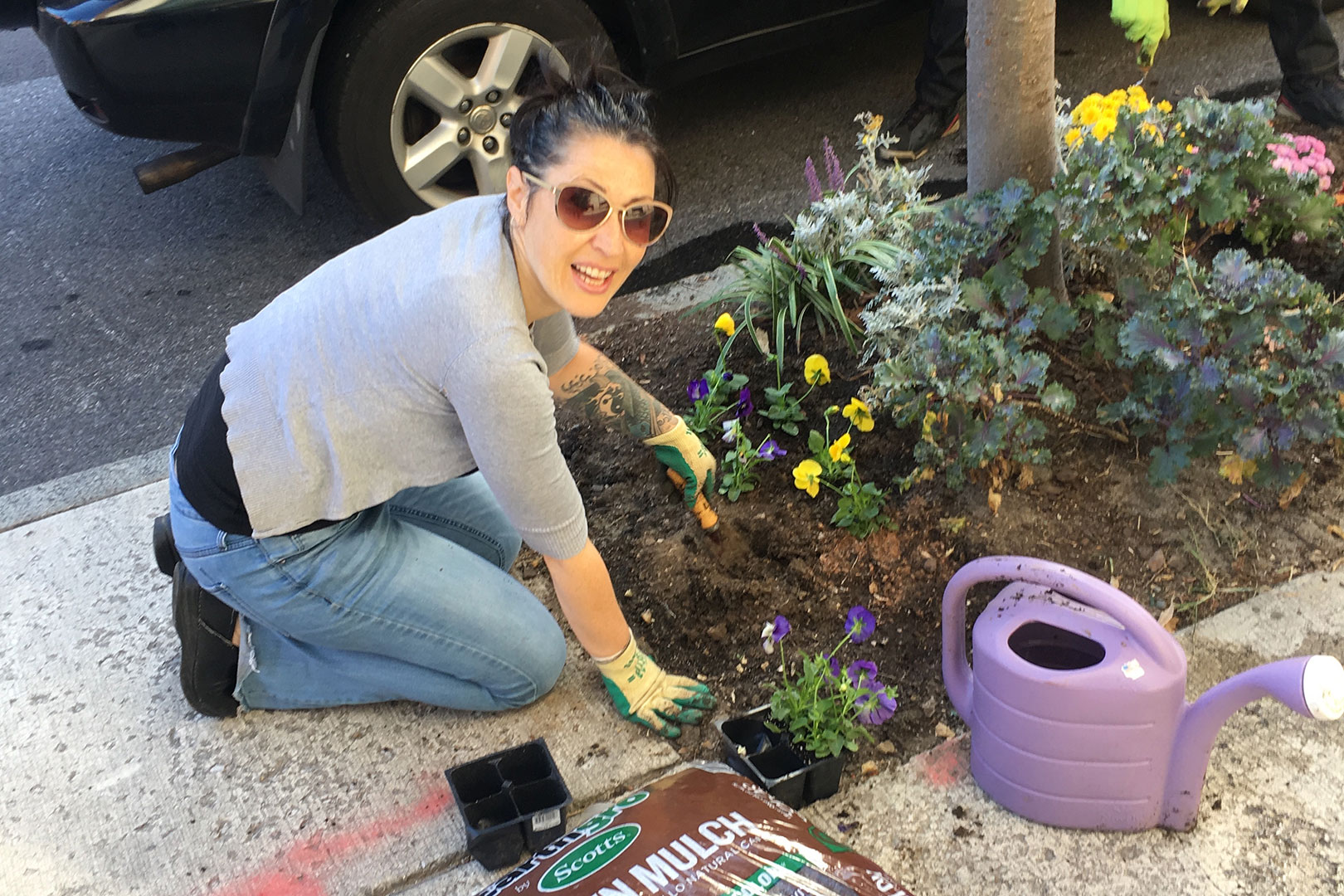 Our volunteers are the heart of the Baltimore School for the Arts. And we have many, many opportunities throughout the year for students, parents, alumni, and community members to become involved.