To ensure that all children in Baltimore City have access to the arts, BSA created TWIGS (To Work In Gaining Skills), a free after-school program for 2nd-8th grade Baltimore City children. The program serves up to 700 students each year.
TWIGS brings students together with professional artists in a multi-year curriculum designed to build understanding and skill in one of five art disciplines: Dance, Music (Vocal or Instrumental), Theatre (Acting or Stage Design & Production), Visual Arts, or Film & Visual Storytelling. Classes run for 20 to 34 weeks during the school year, culminating in year-end student performances, recitals, and exhibitions. TWIGS serves as a stepping stone for admission to the high school or a similar pre-professional art program; each year roughly 50 percent of the incoming freshman class at BSA have been trained through TWIGS.
TWIGS annual report for the 2020-21 school year.

Registration for the 2022-2023 TWIGS auditions is now closed. We thank you for your interest in our TWIGS Program.

You can view or download the TWIGS audition brochure below: 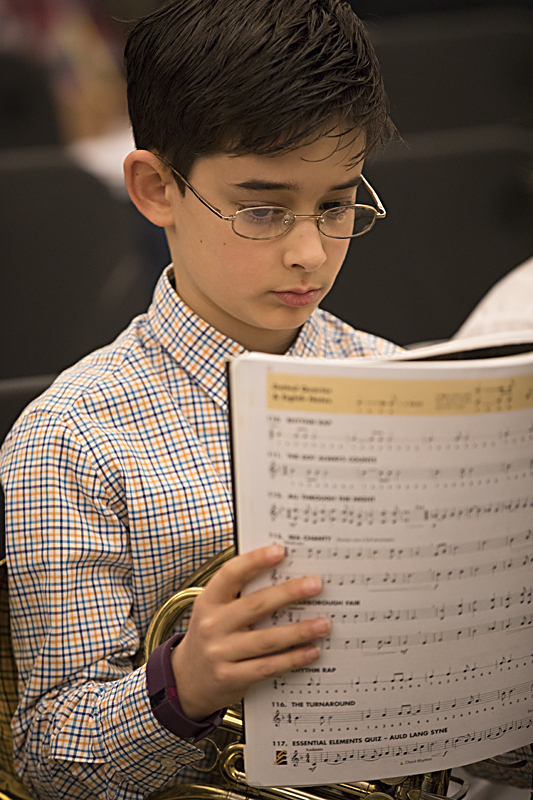 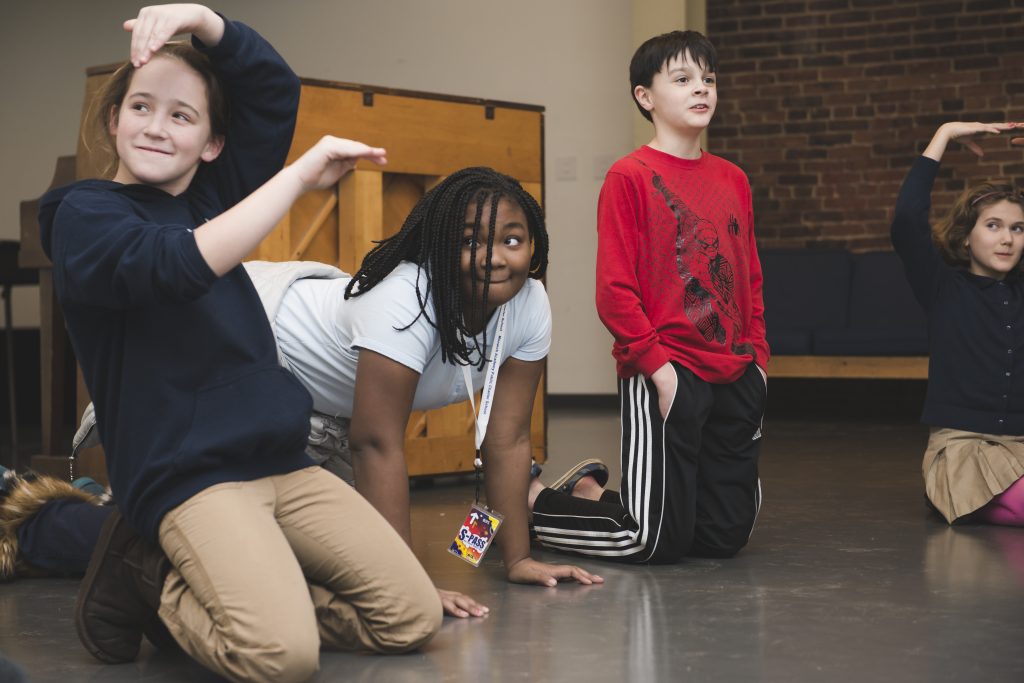 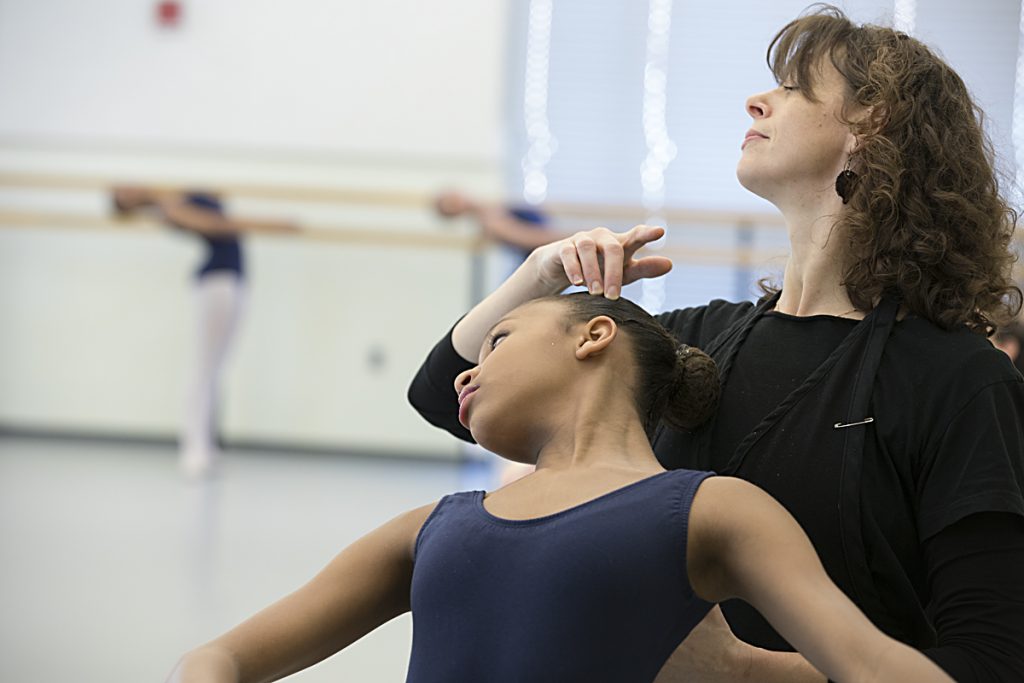 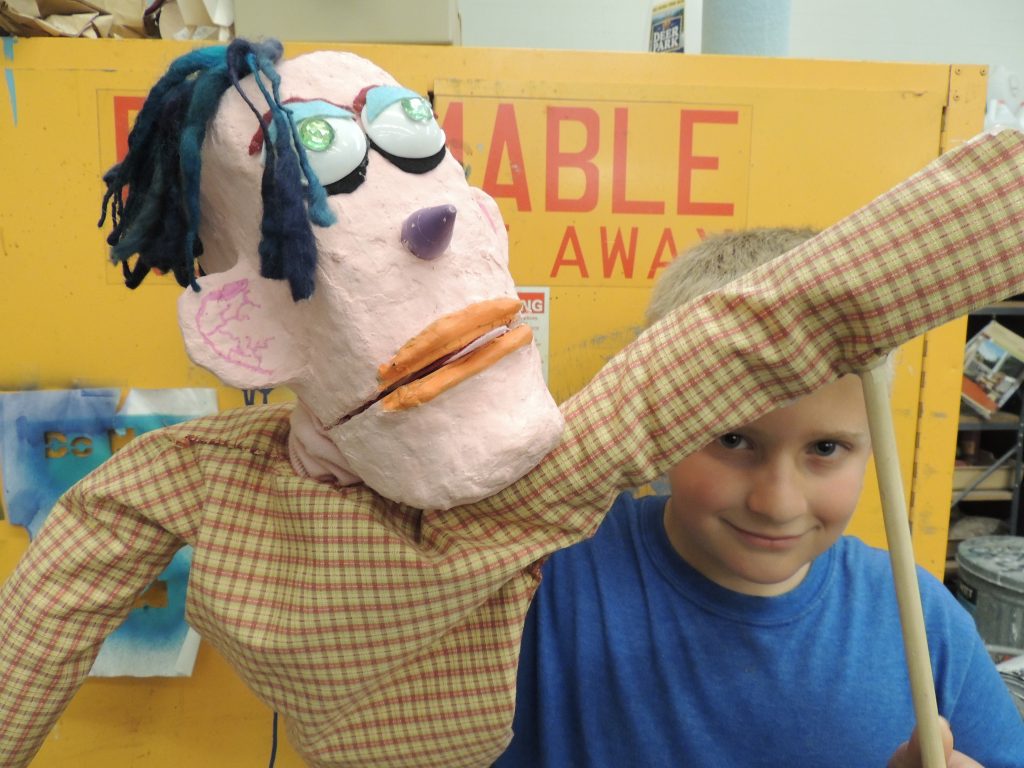 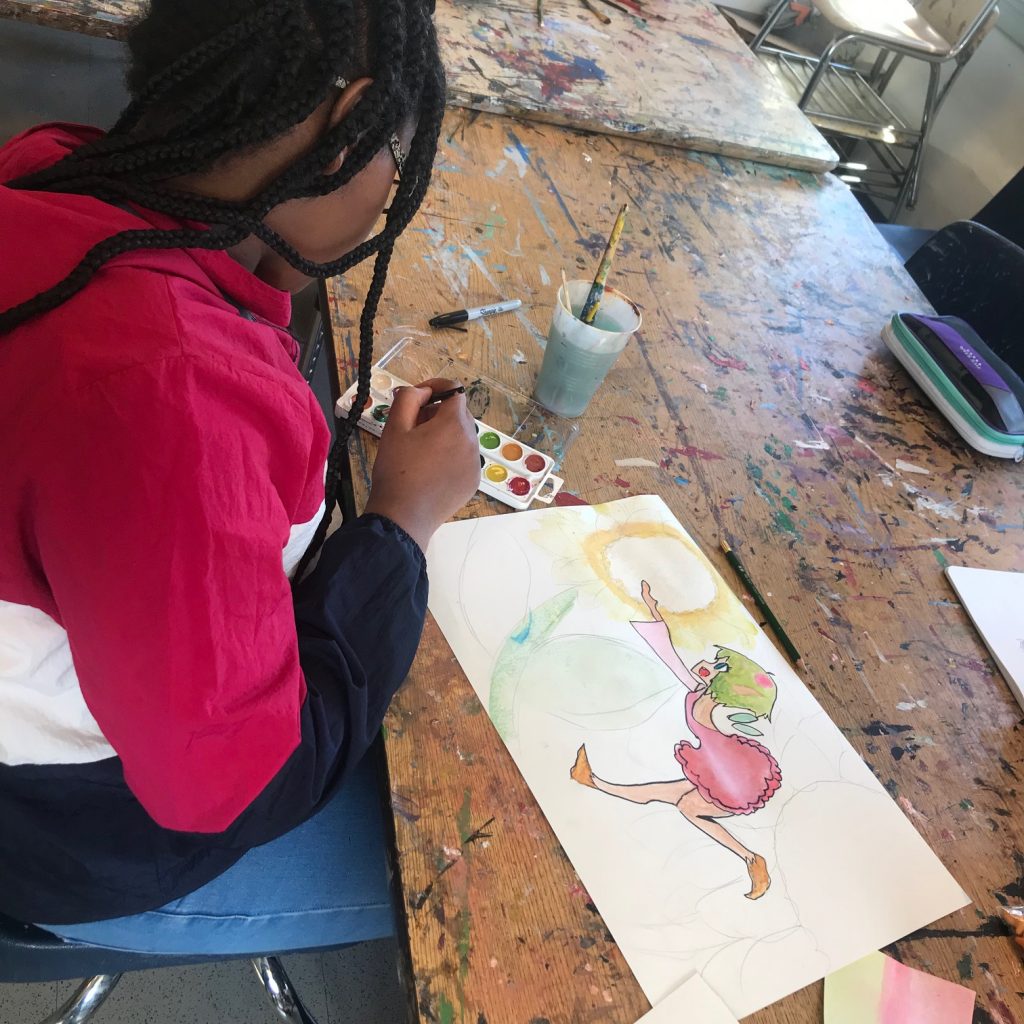 In addition to TWIGS, Baltimore School for the Arts reaches thousands of young people through free matinee performances and gallery tours for city schools, as well as special performances for families and children throughout the year. 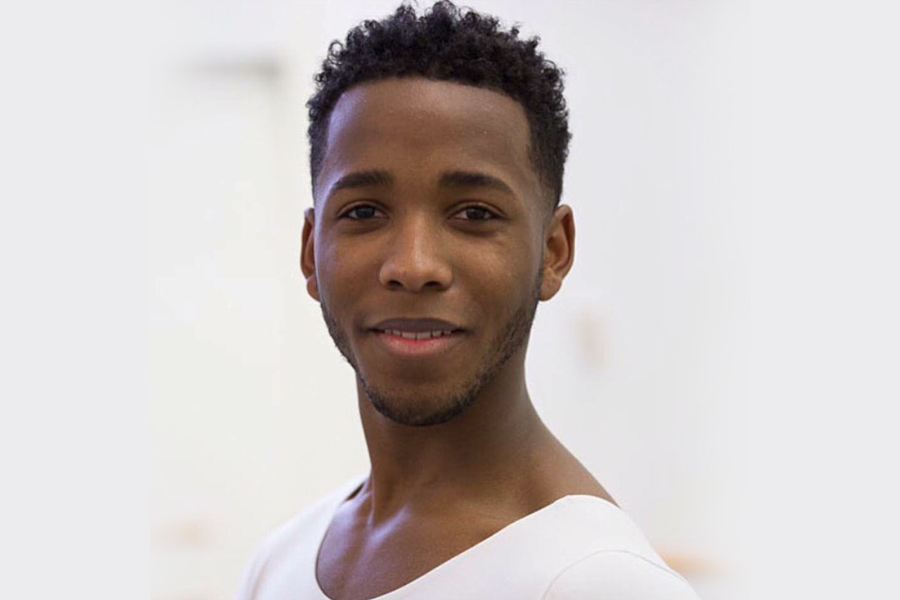 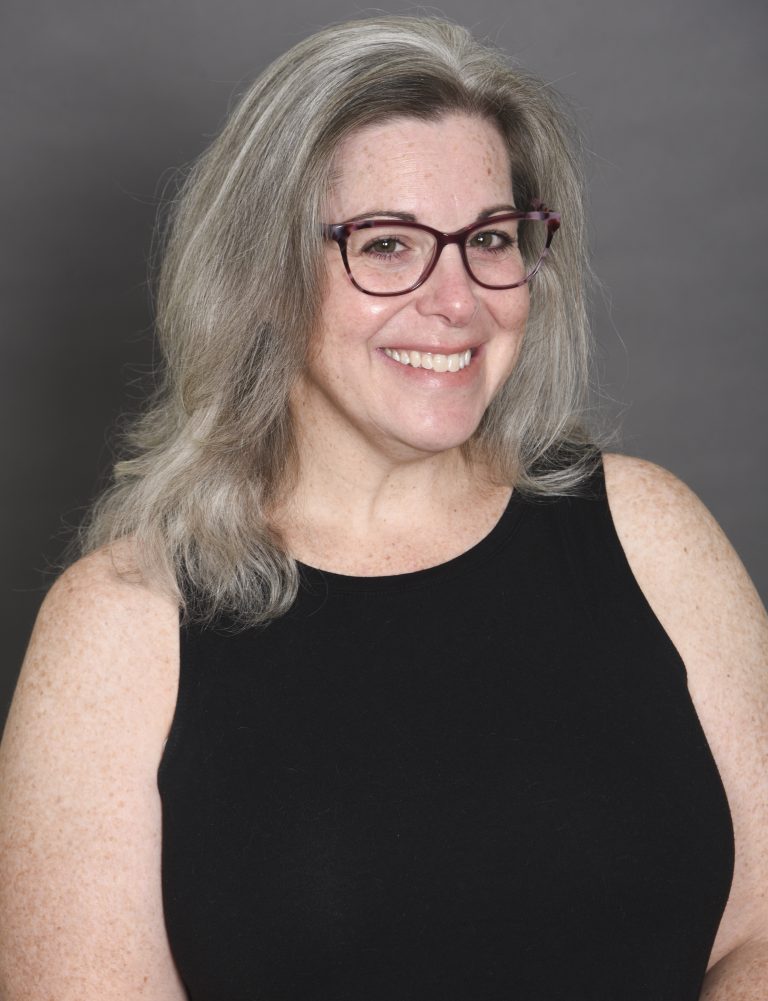 Mossing’s cabaret performances can be seen frequently in the Baltimore area. Mossing has been BSA’s musical theatre instructor for more than a decade and directs the Hippodrome Foundation’s summer theatre camp intensives. She is a graduate of the Baltimore School for the Arts and New York University’s Tisch School of the Arts, where she received the Outstanding Achievement Award in Musical Theatre. She received her master’s in teaching degree from Goucher College and has dual certification in K-8 general and special education. 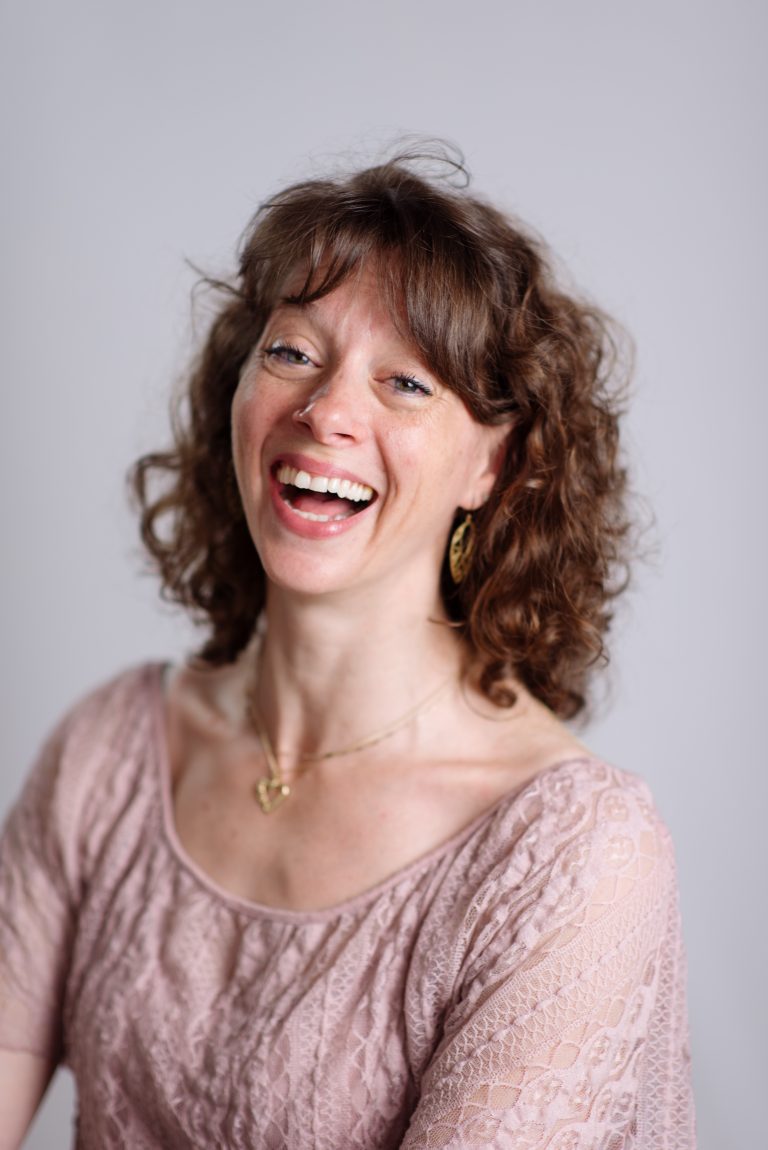 Samantha Christiansen has been on the BSA faculty since 2002. She received her early training through Baltimore Ballet and Peabody Preparatory doing the strict Royal Academy of Dancing syllabus. In 1987, Christiansen was accepted into the Baltimore School for the Arts where she studied under Norma Pera, Sylvester Campbell, Stephanie Powell, and Debra Robinson. In 1997, she was awarded the only distinction for the Royal Academy of Dance Grade 8 syllabus in the United States. Christiansen also performed with the Stephanie Powell Danse Ensembles I and II for five years, as well as with Movement Addiction in How to Disappear Completely.

In 1997, Christiansen began teaching privately and at various dance schools around Baltimore. She then went on to open her own school, the Northwest School of Dance based in Finksburg. During this time, she helped students get into top dance programs and win numerous awards at local and national dance competitions. She has also completed the Russian Vaganova Syllabus under John White and the José Limón teachers training workshop in New York. 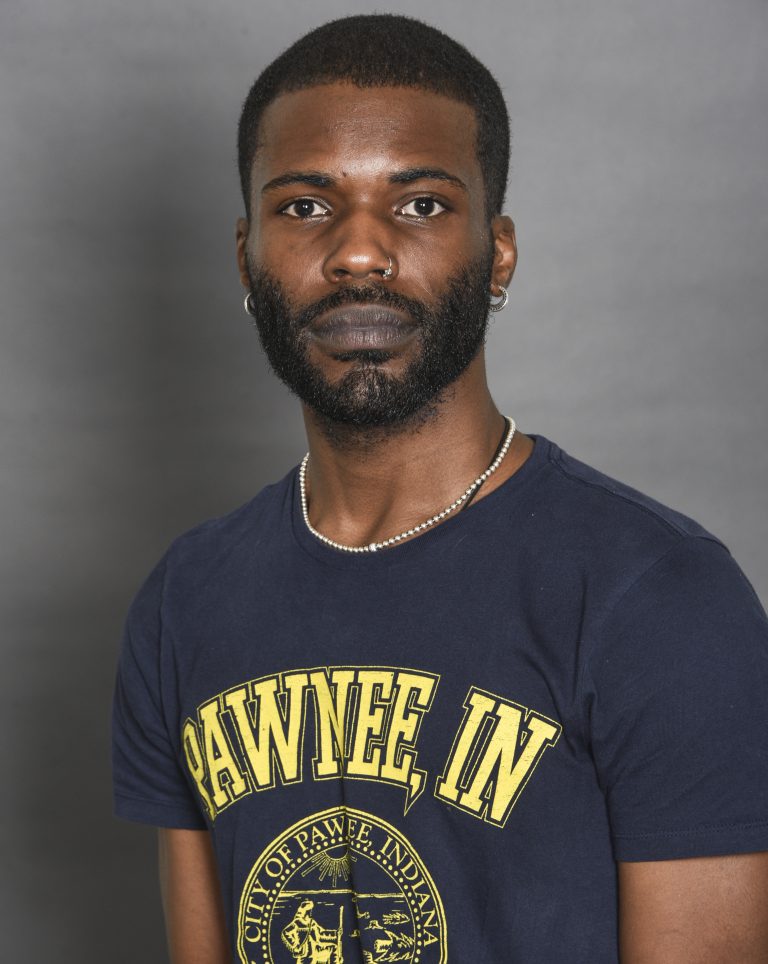 Quincy Dow was born in 1995 and raised in Baltimore, MD. He joined TWIGS dance department at the age of 14 in 2009 and graduated from the Baltimore School for the Arts in 2014. With determination and receiving excellent training, he has performed principle roles such as The Prince in Barry Hughson’s The Nutcracker at The Lyric Opera House, with the Baltimore Symphony Orchestra, and Balachine’s Serenade, staged by Deborah Wingert. He then continued his training at The University of North Carolina School for the Arts and graduated in 2018, where he performed works by Helen Pickett, BJ Sullivan, Ton Simons, Martha Graham, Doug Varone, Alexei Kremnev, Robin Mineko Williams, and Shen Wei; to name a few. After his studies at the university, Quincy became a three year company member with Carolyn Dorfman Dance; further advancing his skills as a performer and instructor. 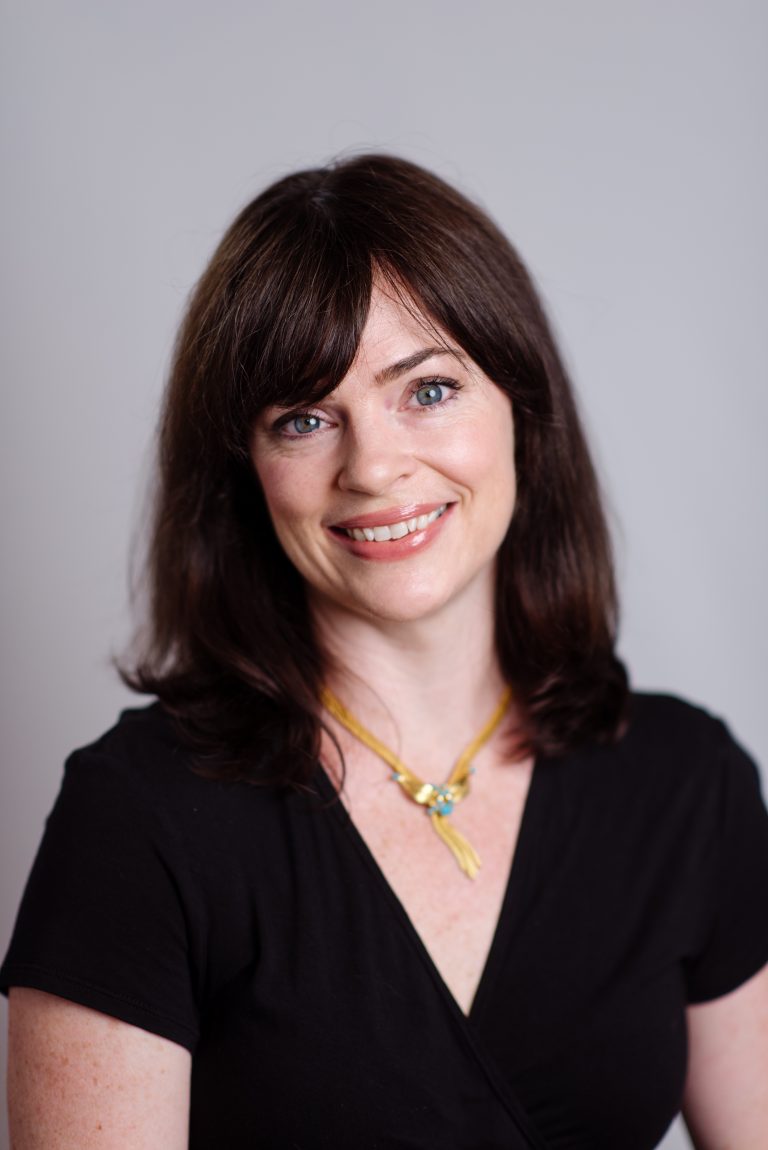 Iris Andersen Grizzell is a graduate of the Baltimore School for the Arts and holds a B.F.A. from the California Institute of the Arts. Her training began at the Peabody Preparatory Institute with Dale Center, followed by Caryl Maxwell Classical Ballet with Caryl Maxwell and Caroline Denzler, and then Kinetics Dance Theatre with Dottie Fried and Donna Pidel. She has trained with the Eglevsky Ballet, the Washington Ballet, and the Ailey School. During her four years at California Institute of the Arts, she was nominated for the Princess Grace Award and studied abroad in London at the London Contemporary Dance School.

Andersen Grizzell danced with the Pasadena Dance Theatre in California from 2003 to 2011, and from 2004 to 2011, she danced with the Francisco Martinez Dance Theatre in both concert and outreach performances throughout California. Andersen Grizzell received first place for her work in Howard County Ballet’s Young Choreographer’s Showcase in April 2011. Recently, she has performed with Bowen McCauley Dance, the Campbell Dance Experience and the Harford Ballet. She is currently the program manager of the TWIGS program at Baltimore School for the Arts, in which she also teaches ballet, pointe, and modern for the high school students. 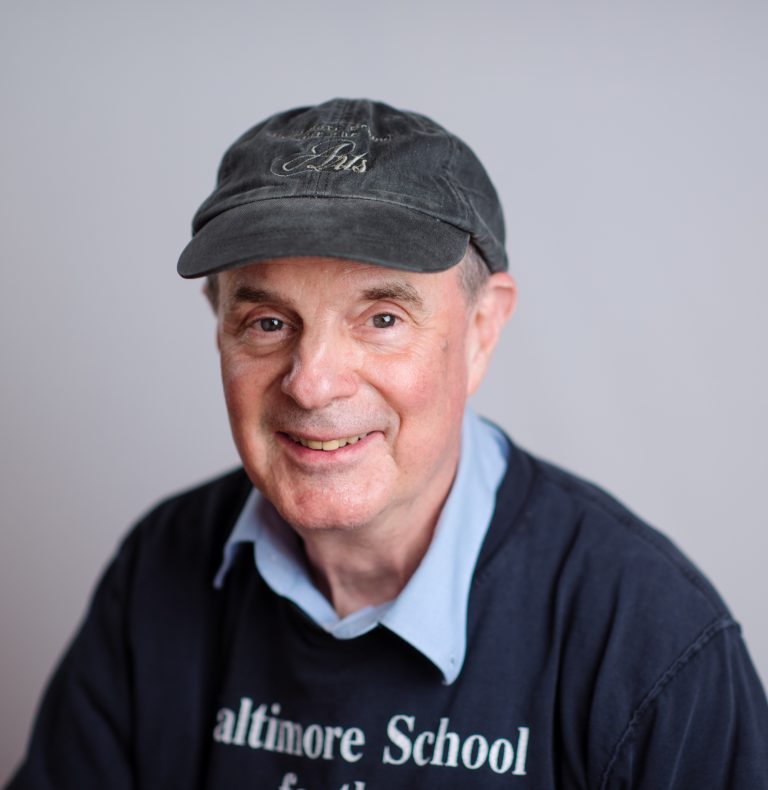 Professor Solomon has written and published eight books, including “How to Find Lost Objects,” “Japan in a Nutshell,” and “Coney Island.” 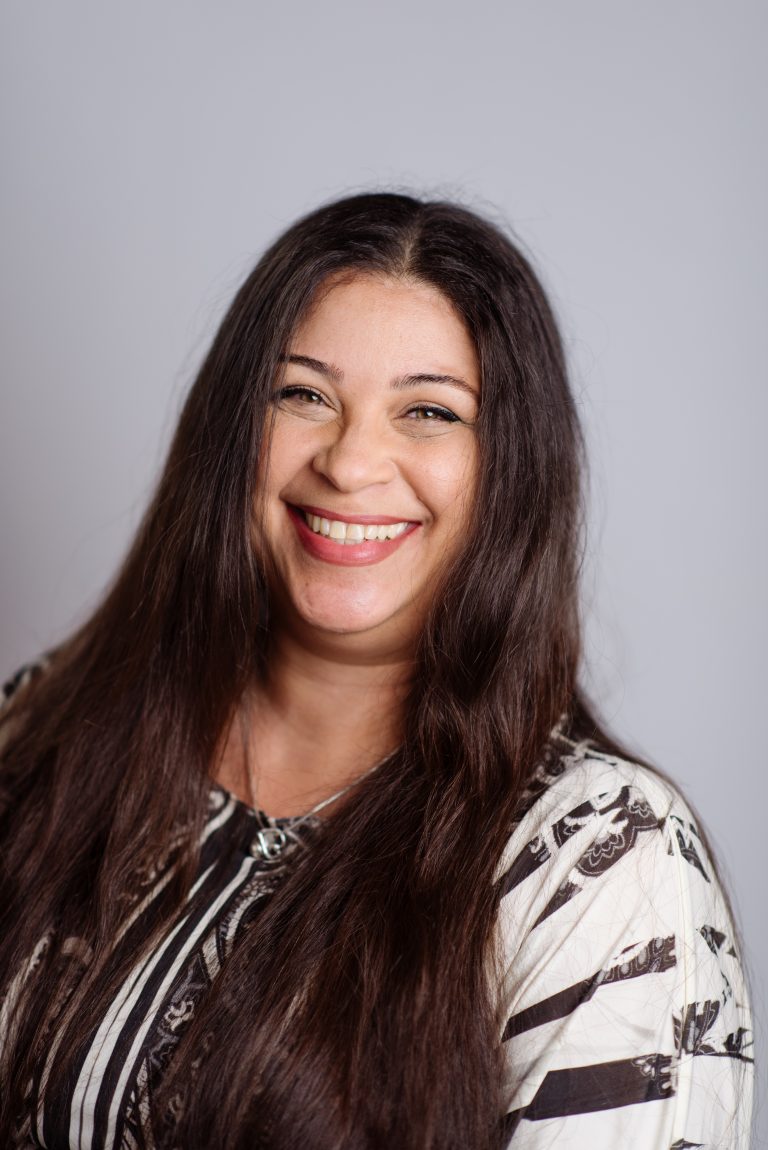 Piper-Leigh Daniels received her high school diploma from the Baltimore School for the Arts with a concentration in theatre and then earned a BFA in acting from Boston University. Her stage credits include: the role of Lady Anne in Richard III at the Columbia Festival of the Arts with Charles S. Dutton; the role of Mattie in Joe Turner’s Come and Gone; and the lead in the one-woman show Kick, a unique performance and discussion program about stereotyping of Native Americans/mascots in sports, at the prestigious Mark Taper Forum in Los Angeles, among others. Her film and television credits include: Malcolm X, In Living Color, and Panther. She has also served as a casting director for Collinge Pickman/C.P. Casting in Boston; a shorts’ programmer for Robert Redford’s Sundance Film Festival; and a back-up singer for John Trudell’s albums produced by Angelina Jolie and Jackson Browne. 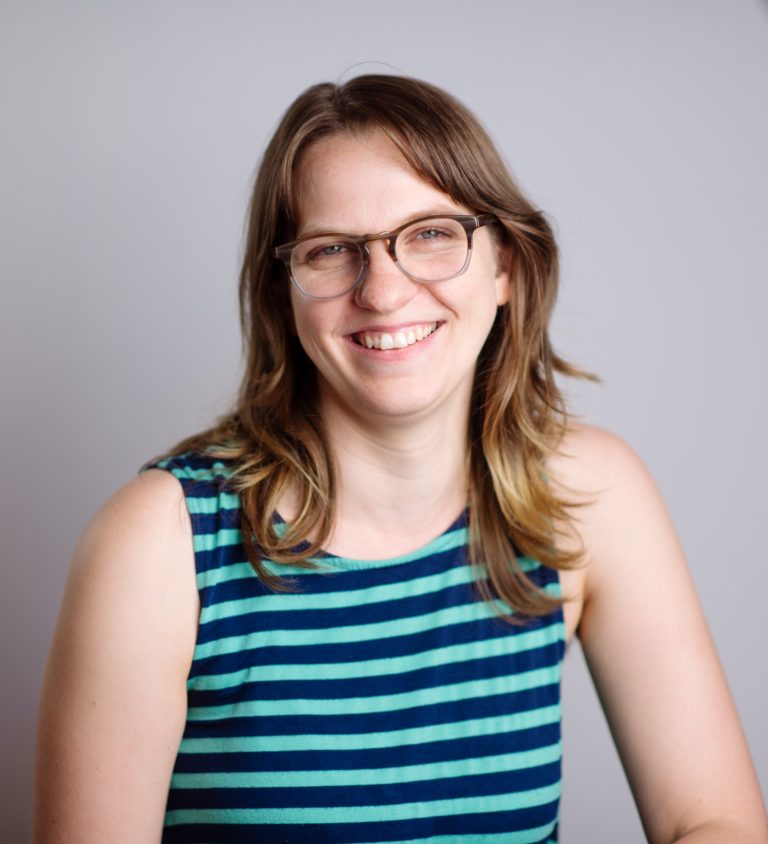 Anna Fitzgerald is a puppeteer and performer based in Baltimore, MD. She studied theater at BSA (Class of ‘02) and has a master’s in fine arts in puppet arts from the University of Connecticut. Her original puppet show Reverse Cascade has been performed at festivals and theaters around the world, and her most recent family show, Adventures! was created with the support of the Jim Henson Foundation. Both productions perform under her theater company, Red Ball Theater. Fitzgerald was award an Individual Artist Award in Solo Performance by the Maryland States Art Council in 2016 and was a 2017 Baker Artist Award finalist. She has taught workshops and classes at camps, schools, colleges, and universities and has been a TWiGS teacher in Stage Production and Design since 2014. 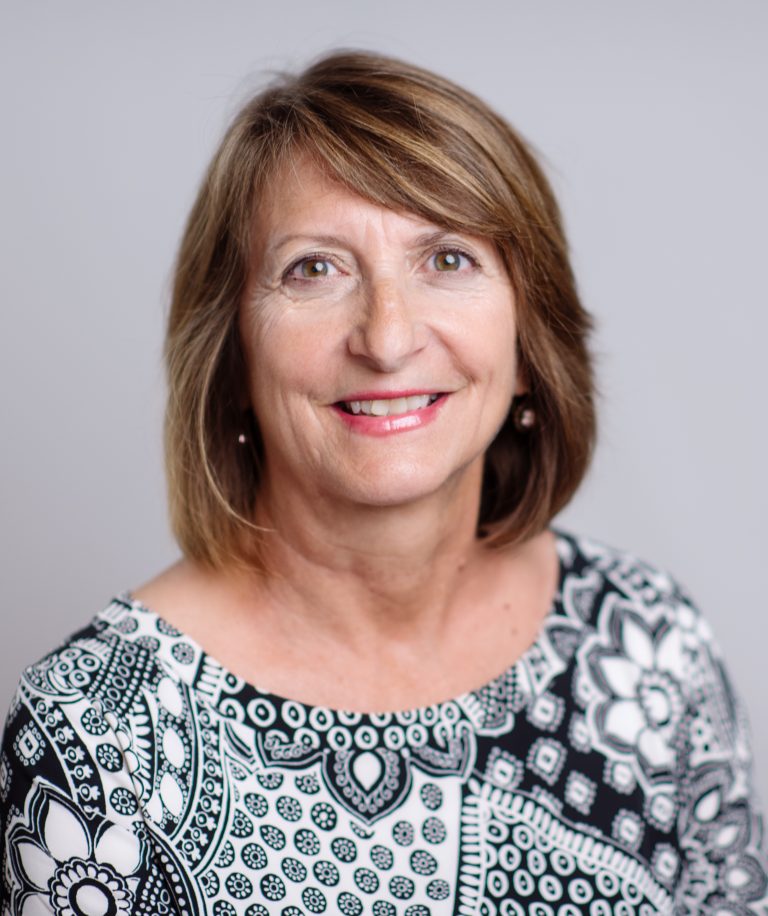 Anita Horwath holds a bachelor’s degree in early childhood education and has taught creative drama for TWIGS for the past 20 years. She also teaches an after-school drama program for Roland Park Country School. She directs Ages on Stages, an intergenerational improvisational group that includes the BSA sophomores. The group performs in senior centers and high schools around the city. 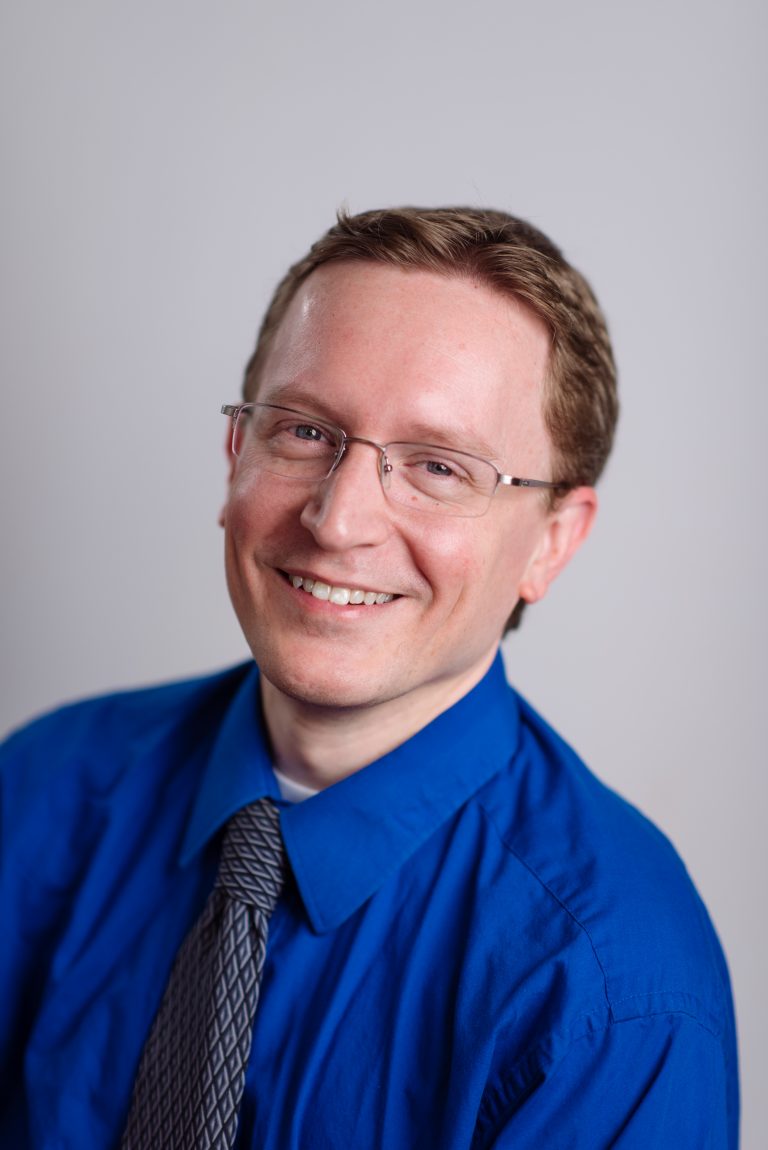 A native of Baltimore, Denis Karp began studying flute at the age of six at the Peabody Preparatory. In 1989, he performed John Corigliano’s Pied Piper Fantasy with the Baltimore Symphony Orchestra and James Galway on a two-week East Coast tour. In 2002, he received a bachelor of science degree in music from Towson University, where he studied with Sara Nichols.  He frequently records in studio as a member of the Washington Winds and performs with many groups throughout Maryland, Pennsylvania, and Washington, DC. Karp is the flutist in the Gallery Winds woodwind quintet and is the co-founder and co-director of the Gallery Winds Chamber Music Sumer Camp. Karp teaches private flute lessons throughout Maryland and has served as a judge for Maryland All-State Band, Maryland State Solo and Ensemble Festival, Howard County GT Band, and many local competitions. 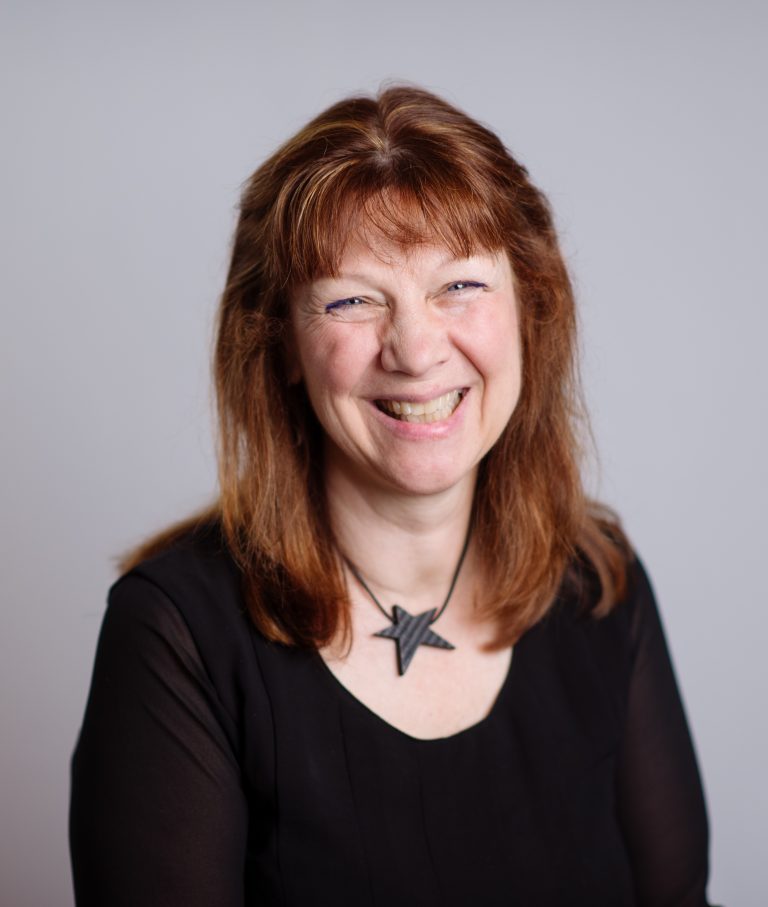 She has collaborated with the New World, Franciscan, and Cavani String Quartets on numerous occasions and was a founding member of Soni Fidelis Quintet, resident wind quintet of the Hartt School of Music. In 2007 she toured Greenland with the acclaimed oboe trio, Trio La Milpa, the first American ensemble to perform in that country.

Currently a faculty member of the Peabody Institute, Lisicky has previously held teaching appointments at more than 20 educational institutions, including James Madison and Virginia Commonwealth Universities, and the Universities of Richmond and Connecticut. 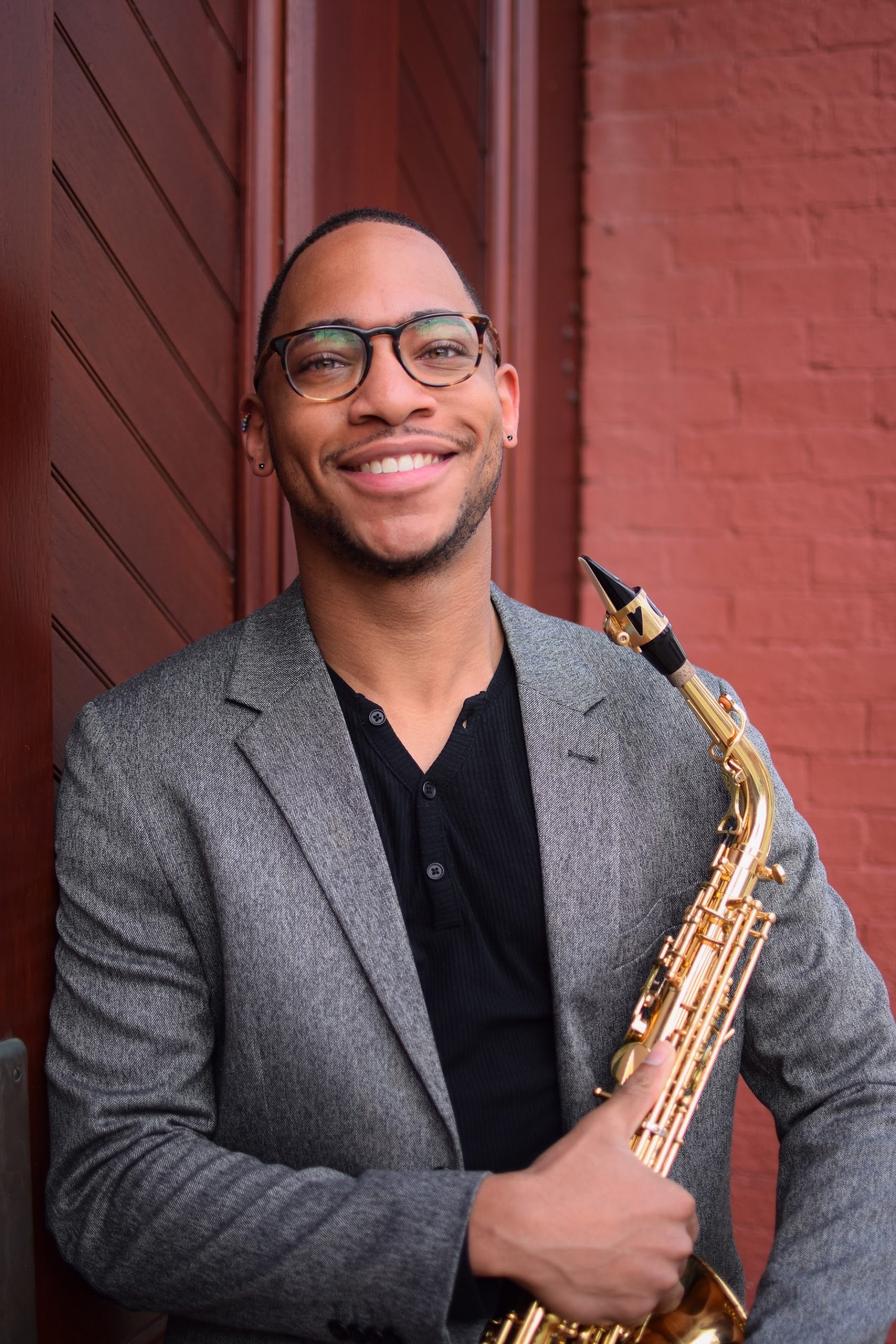 An accomplished saxophonist and educator, Tyrone Page Jr. has had tremendous success working with composers and other musicians to expand contemporary saxophone repertoire. Actively involved in the performance of new works, Tyrone performs regularly in the Baltimore area and across the United States as a soloist, chamber, and orchestral musician. Tyrone recently joined the Symphony of the Mountains in a performance of Glazunov’s Concerto in E-flat Major. Recent commissions include collaborations with Gabriella Ortiz, James David Young, and Stacy Garrop.

In collaborations with his alma mater, Tyrone was featured in performances with the Peabody Concert Orchestra, Peabody Modern Orchestra, and the Peabody Wind Ensemble. Gaining proficiency with the contemporary repertoire, he’s a regular performer with Mind on Fire, a musical arts cooperative that strives to engage with an inclusive community through engaging concerts, outreach programs, and special events. In collaboration with the group’s Artistic Director, composer James Young, Tyrone recently released an album recording of “True Fluorescent Skeleton” with Ehse Records. The piece is a 50 minute, unaccompanied, work for tenor saxophone. 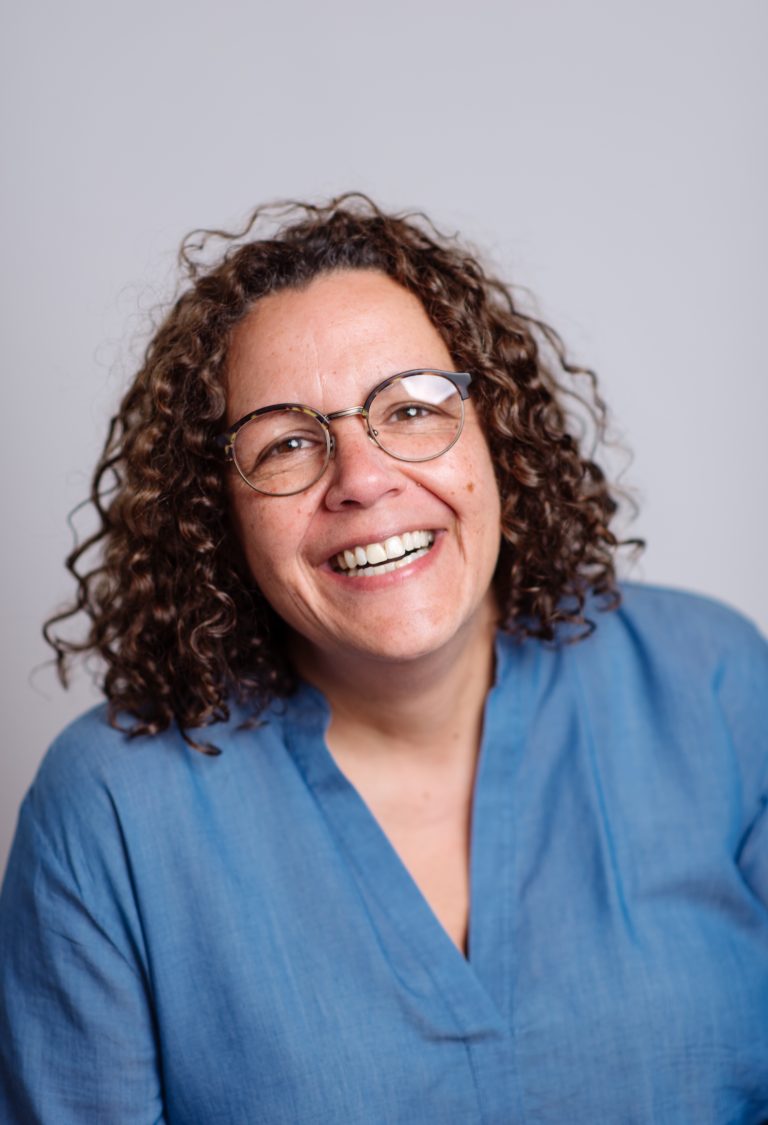 As a teacher, chamber and orchestral musician, Laura Ruas is one of the region’s most sought after double bassists. She is principal bass of both the Baltimore Chamber Orchestra and Concert Artists of Baltimore and was a member of the former Baltimore Opera Orchestra. Ruas has performed with the National Symphony, Baltimore Symphony, and performs regularly with the National Philharmonic.

Ruas is a dedicated music educator in Baltimore City, where she teaches double bass and theory at the Baltimore School for the Arts high school, and bass lessons in their TWIGS program. Ruas also serves as program director for the Bridges Program; an after-school string program for Baltimore City Public Schools.